Michael Bloomberg is an American politician who wanted to appeal to a younger demographic of voters. The 18 – 35er’s to be exact.

What a better way to appeal to a new, young audience than to use Instagram messaging and memes?

Mike’s paid social media strategy had people talking, and it didn’t take long for his campaign to become viral. This campaign was successful because the strategy behind it was to catch people off-guard. In some cases Mike’s DM’s caused confusion as to whether or not the messages were real… but loyal followers and meme lovers were quick to catch on!

With “more than half of the users on Instagram are younger than 34 according to Sprout Social,  Instagram this was the perfect platform for Mike Bloomberg to host his advertising for the younger population of voters and earn some meme-cred. Kudos to Mike’s strategic marketing and PR team! 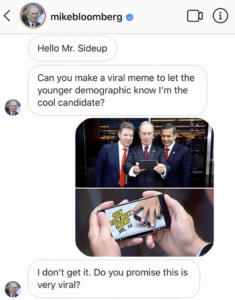 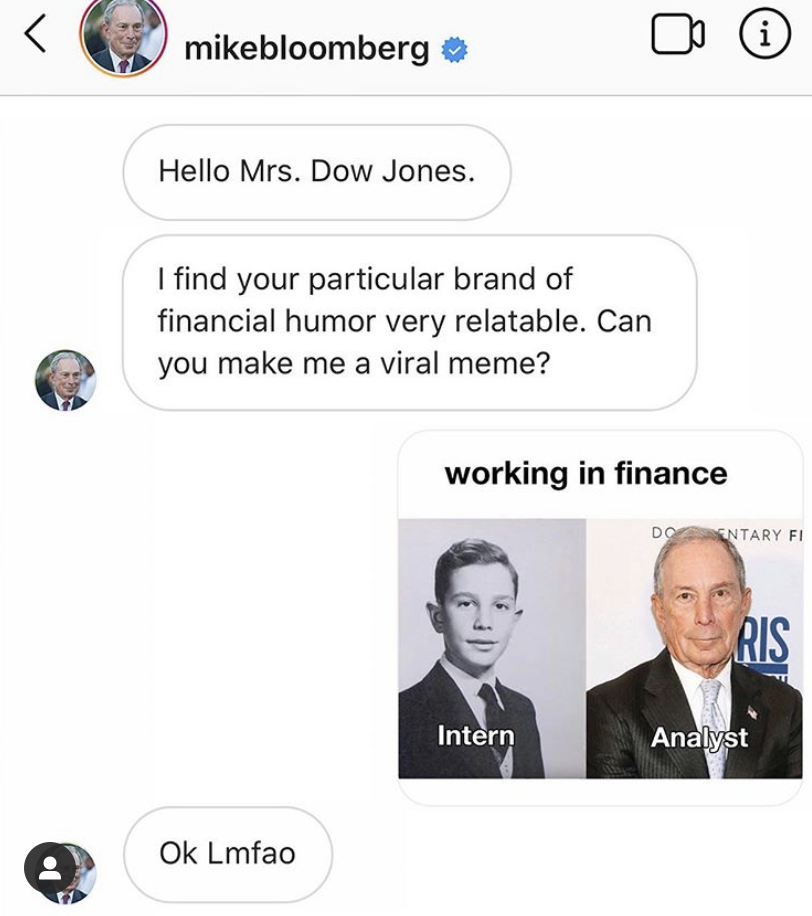 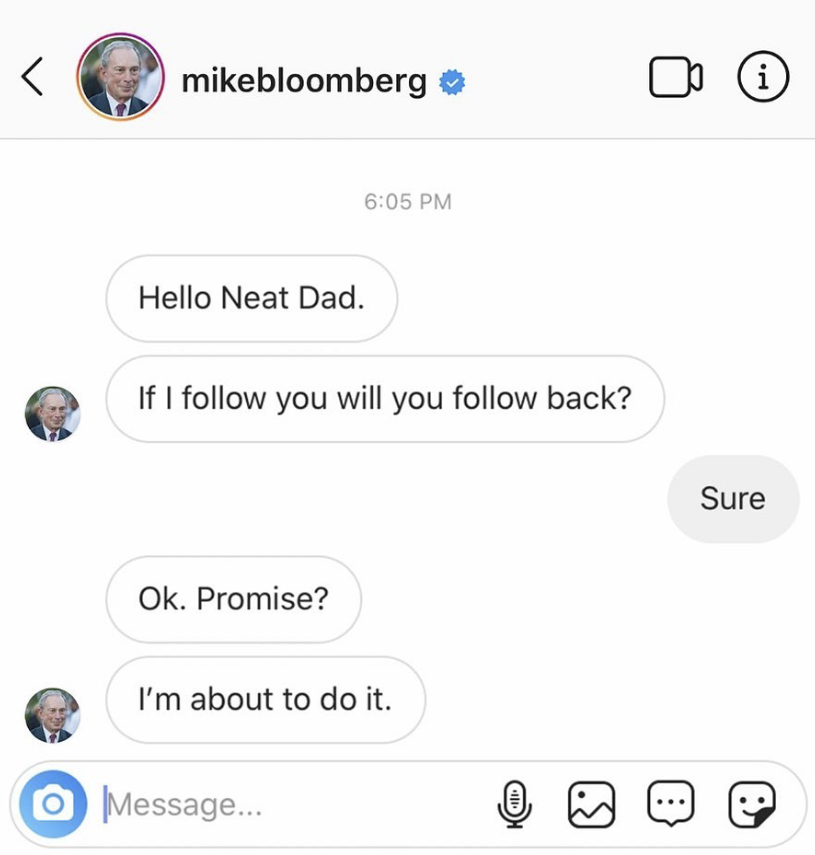 Social Media Marketing During A Crisis
Scroll to top